I recently booked a $99 round trip ticket for an upcoming business flight between OKC and Denver for January 2017. The airlines have been slicing prices lately and it turned out to be the lowest air fare I have paid in quite a while.

The most interesting thing underlying this cheap fare is that airline ticket pricing behavior has changed in three important ways the past few years. The figure below illustrates this new pricing behavior using the index of airline fares maintained by the Bureau of Labor Statistics, without adjustment for seasonal variation in price. 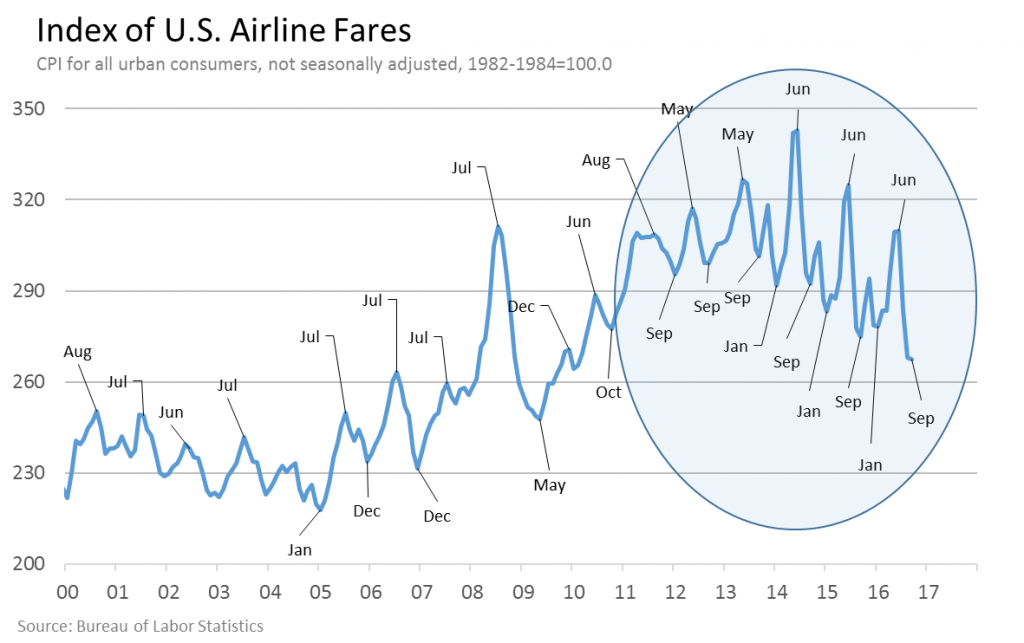 The three changes are:

This new pattern in air fare pricing has been remarkably consistent since 2014. If the pattern continues to hold, the new advice in finding cheap fares may be to buy your tickets in September or January and avoid buying in June at all costs.

Hopefully, knowing about these changes will save you a few dollars somewhere along the way.