STRENGTH IN THE FARM SECTOR REACHES NEW HEIGHTS.  A boom in agriculture has been underway in the U.S. since 2009. The breadth and strength of the ongoing expansion in the farm sector isn’t widely recognized outside the Plains states. Crop prices have reached remarkable levels relative to prices from only a decade ago. And it is not just the price for ethanol-driven corn. 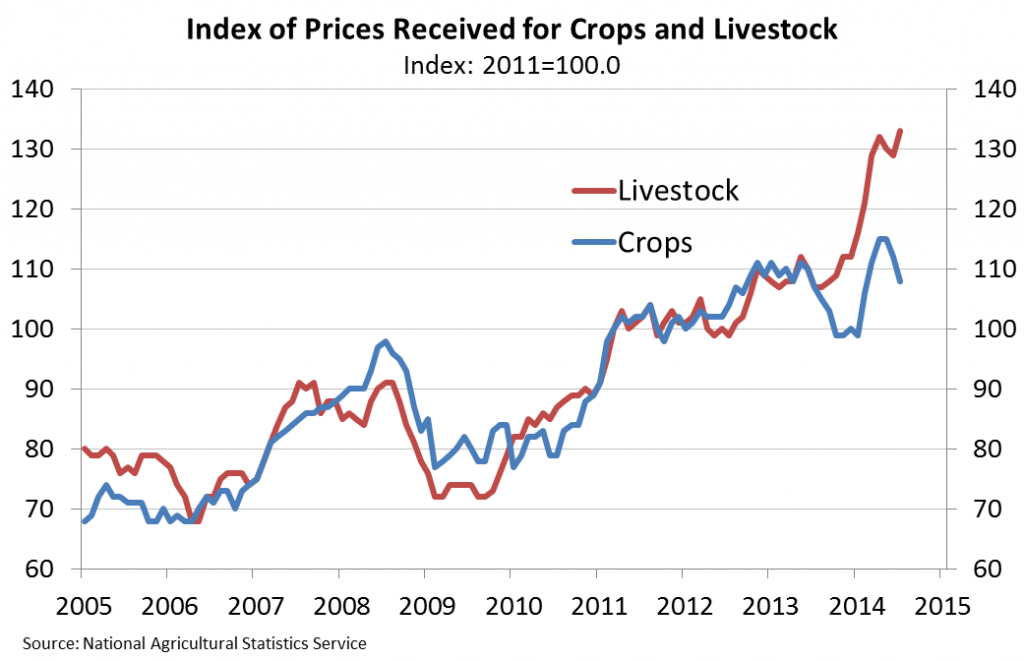 The price of nearly every major crop is elevated. The index of prices received for crops shown in this week’s graph is up by nearly 50 percent since just 2010.

Livestock is on an even greater roll. Livestock prices have moved up by more than 50 percent since 2010, including a 20+ percent gain so far in 2014.

Although the farm sector is adding significantly to GDP growth, consumers continue to report offsetting pain at the grocery store!