The string of weak retail sales reports in the first four months of 2015 are not an indication of slowing overall economic activity. Instead, recent weakness in the retail data merely reflects the steep fall in sales at gasoline stations since November 2014. In our pic-of-the-week, retail sales minus gasoline station sales continues to show a very steady uptrend, even in the most recent data. 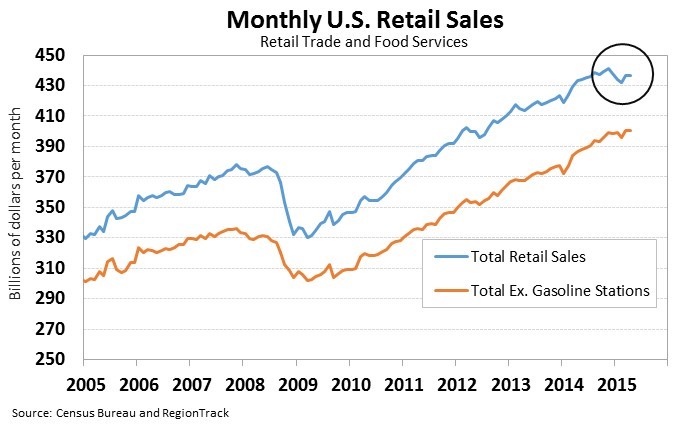 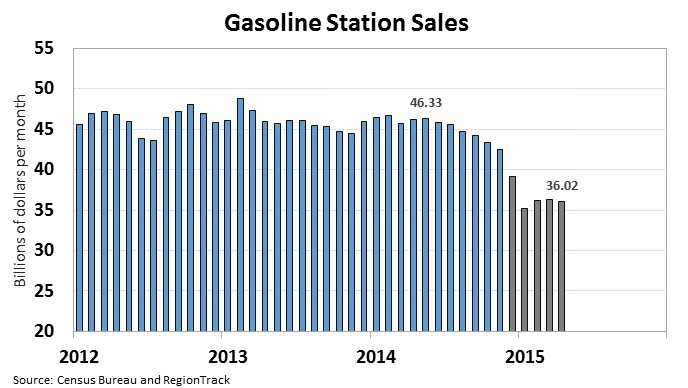 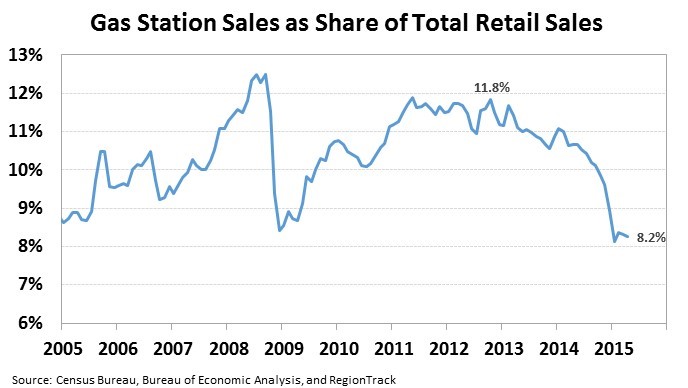 If you are wondering if gasoline station sales are masking weakness in other retail sectors, the answer is no. Nearly every other major retail sector is currently posting solid year-over-year gains.