Which energy states are seeing the steepest losses in rig counts? The U.S. rig count peaked in November 2014 at about 1,930 rigs but has quickly dropped to only 1,676 rigs (a 13.2% decline) in just eight short weeks. So far, Texas is taking the brunt of the fall. Of the 253 rigs cut nationally, 139 were land-based rigs operating in Texas, a 15.4% decline. Across all other states and offshore combined, only 113 rigs have been cut.

Oklahoma, the number two drilling state has fared much better than Texas and the nation, off by only 13 rigs (a 6.1% decline). Third ranked North Dakota is down 21 rigs, an 11.9% decline. 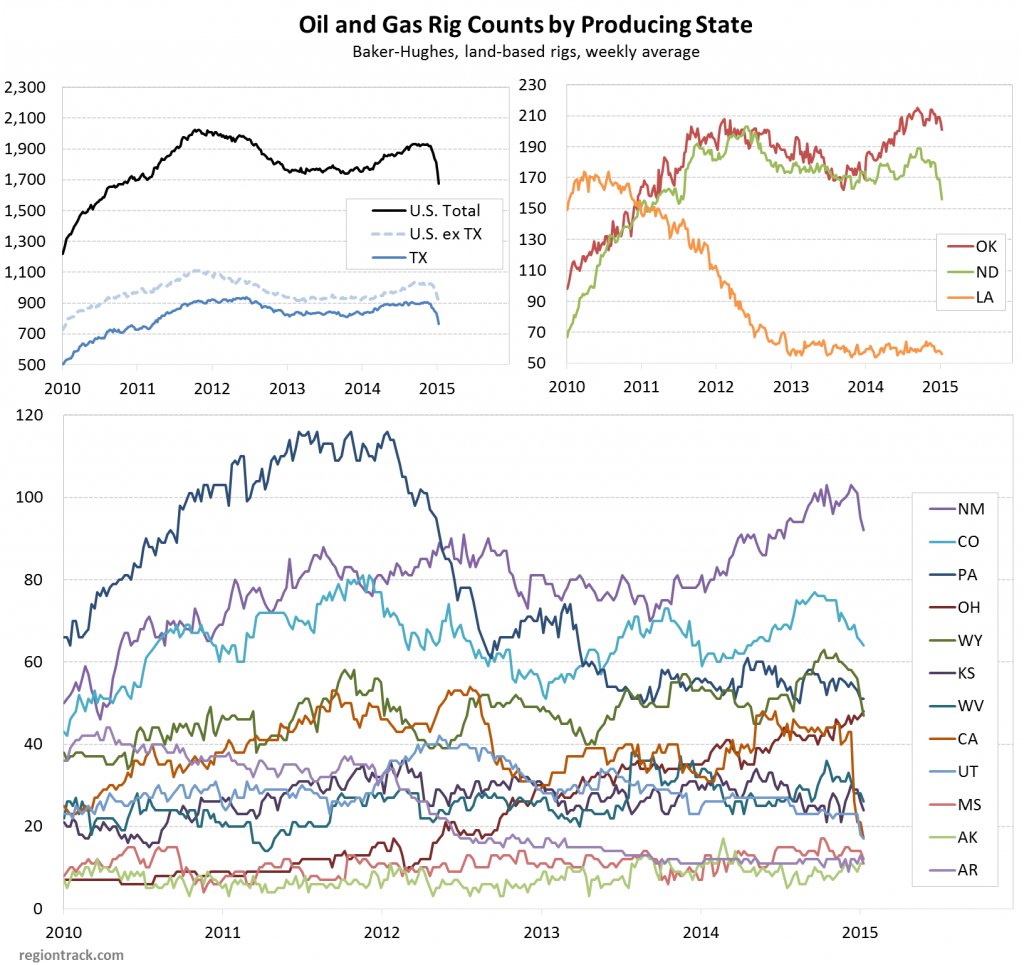 Among the third tier drilling states, California has been hardest hit in both absolute and percentage terms, losing nearly two-thirds of the 45 rigs operating in the state just eight weeks ago. Wyoming has also been hard-hit with a loss of 13 rigs, a 21.7% decline. New Mexico (6 rigs lost, 6.1% decline) and Colorado (6 rigs lost, 8.6% decline) are faring comparatively well relative to the nation and the hardest hit states.

Natural gas rich Ohio is the best performing state the past eight weeks, adding 3 rigs for a total of 48.