These workers have far outpaced all other age cohorts and have done it consistently for the past two decades. Workers in the second place 25 to 34 age group have added 2 million in the recovery but remain in a slow downtrend underway since 1990. The relatively small 20 to 24 age group has done remarkably well, adding 1.3 million workers, but remains at roughly the same average level since 1980. 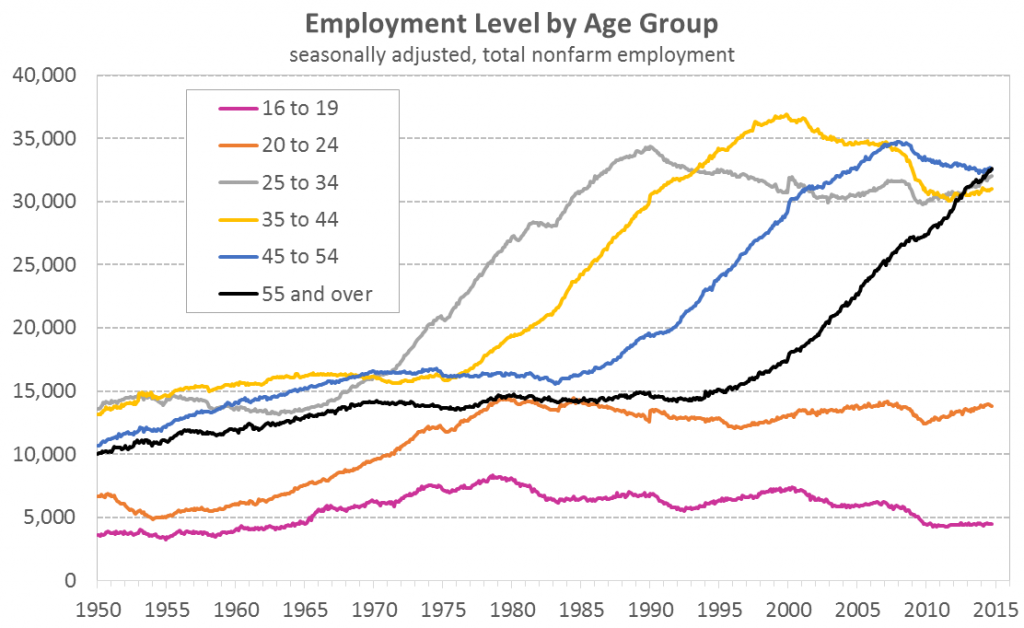