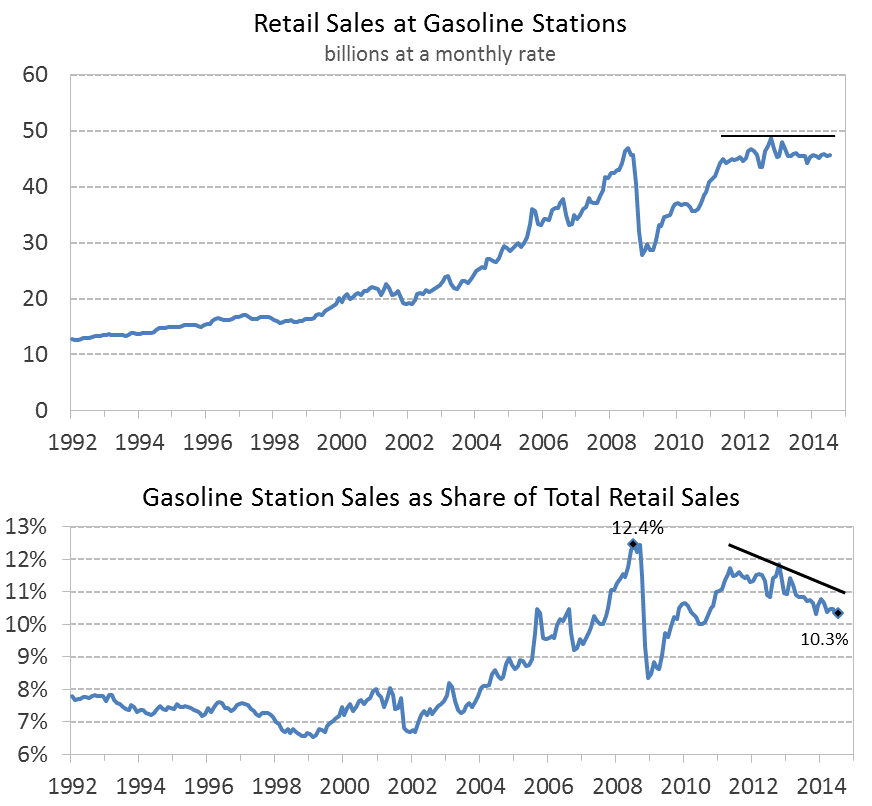 This presents a tough market for gasoline retailers but acts as a tailwind for the consumer and the broader domestic economy. Under typical historical growth trends, gasoline retailers would be enjoying (and consumers paying) an additional $5-10 billion per month in revenue.

This is a key factor that should aid consumer spending and provide further support to the expansion going into 2015.