While recessions seem to last forever, expansions tend to slip by all too quickly. The current expansion is no exception in that the past 6 years of economic growth seem to have passed rather quickly and quietly. Our pic-of-the-week highlights the relative age of the current expansion, now at 74 months and running. 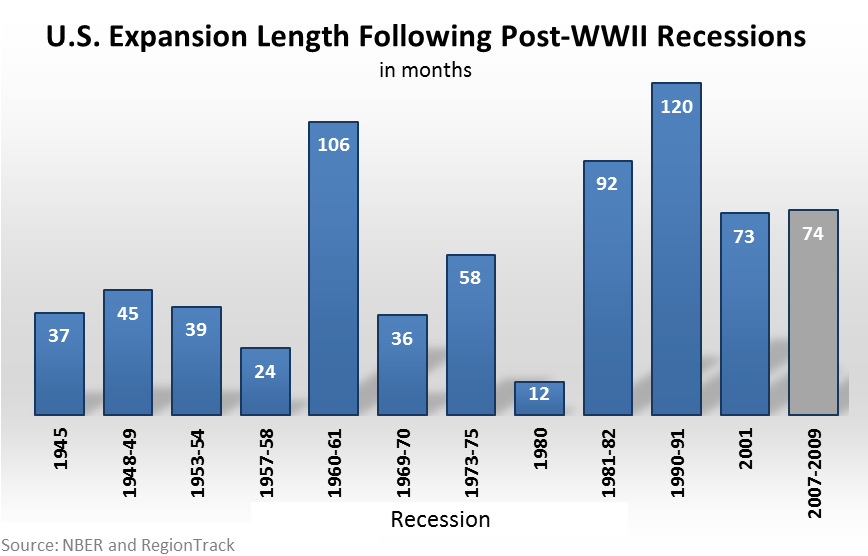 A few observations on the current expansion.

First, it has moved into the category of ‘long’ expansions. This marks the fifth expansion in the Post-WWII era that has exceeded 6 years, with the other seven ‘short’ expansions lasting only 5 years or less. Of the short expansions, six of the seven lasted less than 4 years.

Second, the current expansion has now surpassed the prior expansion in length and is only 18 months behind the length of the strong growth cycle following the 1981-82 recession.

Third, the current expansion is undoubtedly becoming a bit aged. And the Federal Reserve is well aware of this. It is a key dimension of the Fed’s desire to normalize interest rates as soon as possible. The longer the Fed waits, the higher the likelihood we enter the next recession with traditional monetary policy tools fully encumbered.