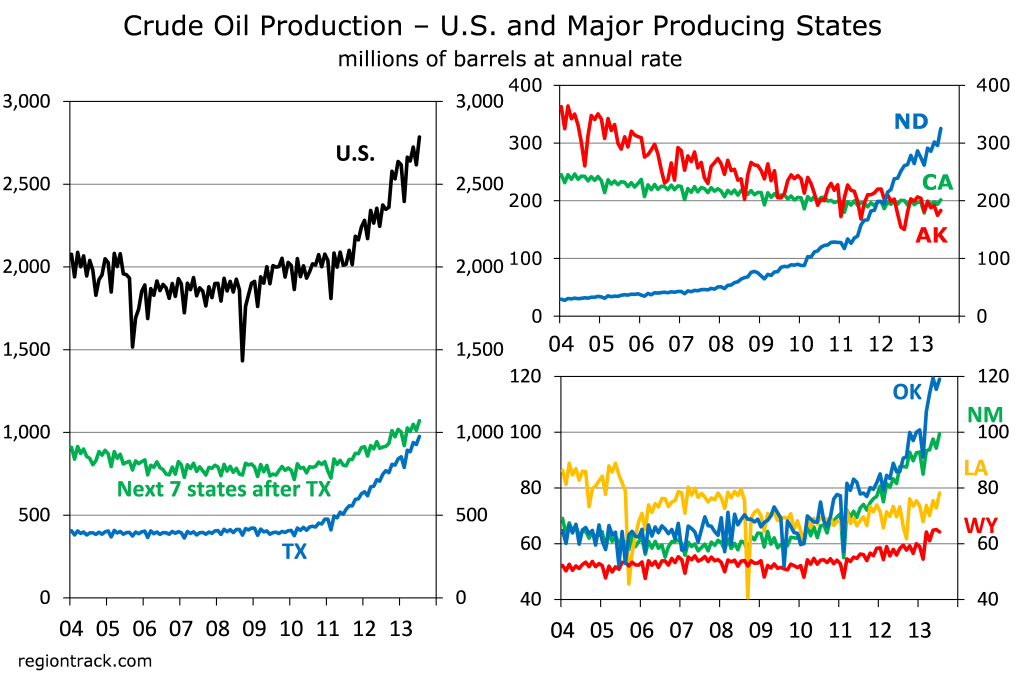 So far, the growth in production is highly concentrated in only a handful of states. North Dakota production has more than tripled; Texas and Oklahoma have roughly doubled production; New Mexico has added 50%; and Louisiana and Wyoming have seen only modest increases. Among the major producing states, only Alaska and California have not seen long-run declines in production reversed or ended. Oil production is off roughly 5% in California and 20% in Alaska in the short run, and off 20% and 50%, respectively, the past decade.