The Energy States are Flying High – Almost Like 1982? The ongoing resurgence in the oil and gas industry is once again driving overall activity in the key energy-producing states. Our pic-of-the-week details the share of total state earnings derived from the oil and gas industry. Oklahoma currently leads the way with 12.7% of total state earnings derived from the sector. Remarkably, the massive state of Texas is second with 8.9% of state earnings from energy. To put this activity into perspective, the shares for Oklahoma and Texas in 1982 at the peak of the Oil Boom were 12.1% and 7.2%, respectively. 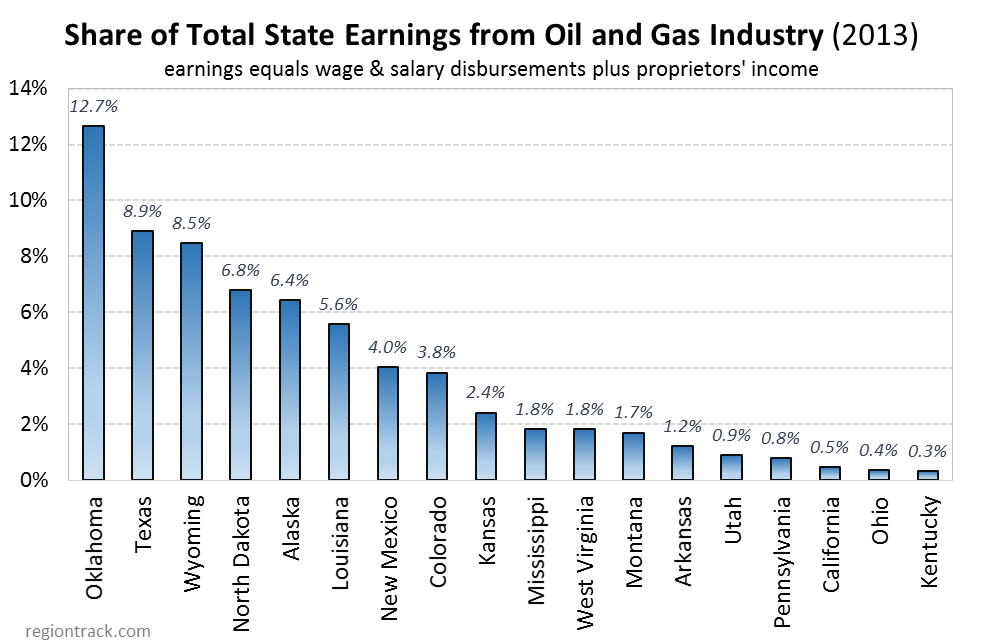 States with small shares but moving up the list include Arkansas and Pennsylvania, while California and Utah continue to move down the list.