The contribution of the U.S. is becoming even more visible in the more recent data, with worldwide production outside the U.S. basically flat since early 2011. 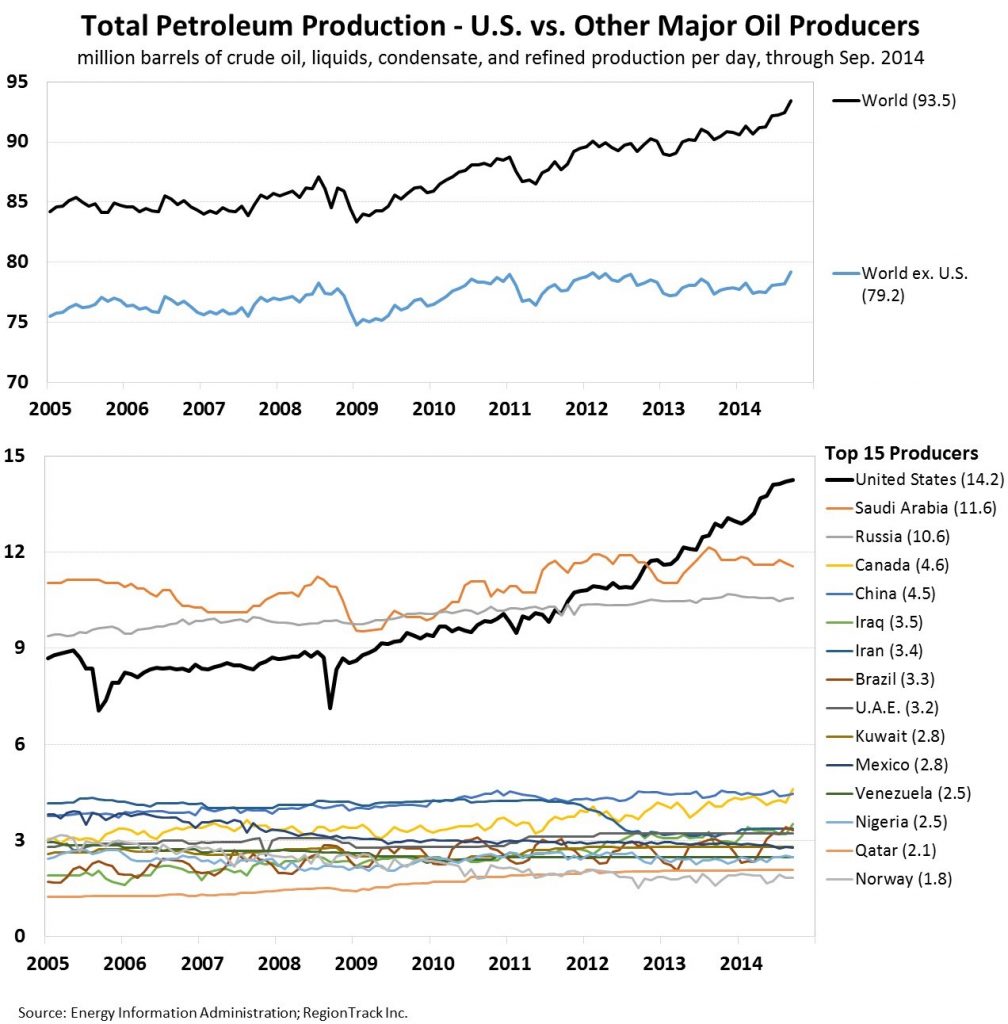 This isn’t to suggest that other countries are not producing gains; just that none of the gains are nearly as pronounced as the rise in U.S. production or affecting overall global production trends. U.S. output is up roughly 65% in the period while both Saudi Arabia and Russia, the second and third largest producers of petroleum products, have seen steady but much smaller gains. Saudi Arabia has added about 2 million barrels per day (up 21%); Russia has added about 1 million barrels daily (up 8%).

The remainder of the top 15 petroleum producing countries are a mixed bag. Many, like Brazil, Iraq, and Qatar, have posted U.S.-like 50% gains since early 2009, but are not large enough to shift worldwide production patterns. Canada’s production is up 35%. Nigeria, China, U.A.E., and Kuwait have gains in the 10-15% range.