The U.S. Department of Energy’s latest adjustment to its U.S. crude oil outlook reflects the confounding set of conditions driving the oil markets. Domestic oil production is now expected to fall steadily through the first three quarters of 2016 and then move sideways throughout most of 2017 before recovering. 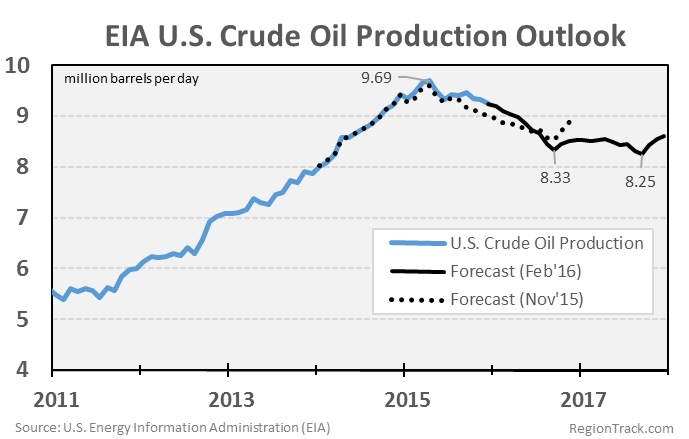