The ongoing drop in the number of drilling rigs searching for crude oil now exceeds the collapse in natural gas rigs suffered back in the 2008-2009 period. Our pic of the week illustrates the similarity in size and pace between the respective oil and gas drilling collapses. Crude rigs are off by 60% in the 33 weeks since October 2014, from a high of 1,609 to only 646 currently. Natural gas rigs similarly dropped 59% from a peak of 1,606 to to only 665 over a period of 45 weeks in late 2008 and 2009. 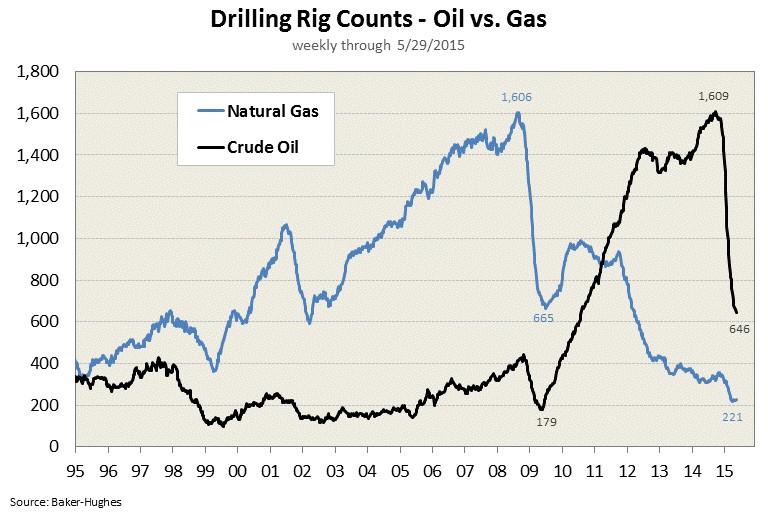 It is not yet clear how close we are to a short-run bottom in the crude rig count. Most major producing areas continue to see slowly declining crude rig counts.